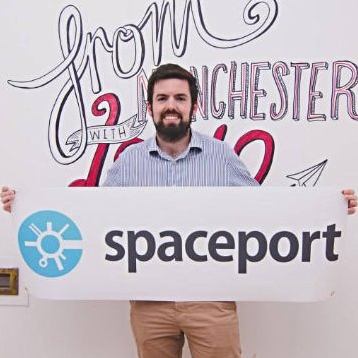 Rupert Wingate-Saul is the Investment Director at AXM Venture Capital. This fund is backing the likes of Formisimo, Fatsoma, Playdemic (which sold to Warner) and Secure IA (which was acquired by UKFast) amongst other of some of the most prominent tech startups in Manchester and the North West of England. He is also behind setting up the AXM sister-company, AXM Advisory Services (AXMAS) which is supporting tech companies that are looking to raise seed and Series A investment on an advisory basis. We are very thankful to have gotten our 15 minutes with Rupert. We got to know a bit more about what he does and shares with us his invaluable insight on the DOs and DON’Ts of fund raising, becoming a VC and more.

Can you tell us a bit about the fund you manage?

The fund that we manage is the North West Fund for Digital and Creative. It’s part of the wider North West Fund which was a £150M pot of monies invested between late 2010 and mid 2016. This was split down to 7 sub-funds across different sectors each with a fund manager. We manage the Creative & Digital sub-fund. This is a £17M pot of monies and we made 44 investments from that, with an average check size of £400K. We were making seed-stage investments into early-stage digital and technology companies.

Many say there is a lack of VC investment education in the North. What is the one thing you wish more startup founders knew?

It would be the height of the barriers that you have to get over to get VC funding. The metrics that are being applied, particularly in the series A space from our conversations at the moment, are pretty tough. Series A VCs looking to invest say £2M, would want to see companies with a run rate of £1M per annum (so about £80K a month) and growing at 100% year on year for them to get excited. These are very high barriers and there are some great businesses that have raised seed money and are looking to expand, but if they are not hitting those numbers they will probably not get Series A VCs interested. There needs to be a real appreciation of that when planning your business so that if you want to go for that type of round, you will have to hit those metrics.

Otherwise, you may need to look at different ways of structuring that round from different types of investors. There are those providers out there. There is a broader range of options than people always seem to consider, but there is an underappreciation of the metrics required if you’re going to go down the series A or series B route.

Say, I’m a startup looking for investment, what can I do to make sure I get a first meeting with you or anyone from AXM?

Warm introduction is always the best way of doing anything in the investment space. Any VC is usually inundated with applications and cold contacts. They can receive around 1,000 applications a year. With such a huge volume that they are always looking to triage and only take meetings which are most likely to lead to potential investments. One of the ways in which that can be done is taking meetings introduced by people that they trust rather than cold approaches.

More generally, this come down to being able to show really interesting traction. If you’re growing a business and doing interesting things, generating revenue and can prove that people want what you’re selling then you’re going to get people interested. So rather than pitching to people the idea of what you’re going to do, pitch people what you’ve done and traction that you’ve generated today. It’s much more powerful and much more likely to generate interest.

What’s one thing startups shouldn’t do when trying to raise investment?

I think they should be as honest as possible and not oversell themselves. Generally, if they are going to professional investors they’re going to be dealing with people who do this all the time and who are good at identifying statements that are untrue or not backed up. That doesn’t mean that they shouldn’t have a vision and it doesn’t mean they shouldn’t sell this vision. But making statements that prove to be untrue or factually inaccurate in due diligence is going to significantly knock the confidence of any investor and get the relationship off on a very bad footing and increase the chance that the deal will fall over.

So it’s fine to polish and to sell the vision, but make sure that what you’re saying and what you are putting forward as part of the investment case can be backed up with as much evidence as possible.

What advice would you give to someone who wants to become a VC?

I don’t think there is a clear, well-drawn path into VC. It’s a very small industry and it doesn’t take a huge amount of people to invest quite large sums of money. This is evident when you look at the number of partners at some of the larger VC funds.

That said, the easiest way to become a VC is to build up a £100M company, sell it and you’ll have people falling over you to join their VC firm.

That said, common backgrounds for people in the space, for those who are not operators and have not built companies themselves are corporate finance and strategy. Those are areas in which you’ll get interest in if you have a track record. It tends to give you a good chance of flipping over to the VC space and it’s a similar set of skills that are required to pick individuals and pick companies that are going to make a big impact.

What differentiates AXM against other local VCs?

We are sector specialists in the digital and tech industry. That’s obviously a very broad church and covers a large set of sub-sectors. We made 40 investments from the fund and historically, the team has also a track record of early-stage tech investments. Between the team, we’ve probably invested in over 100 early-stage tech companies.

Can you tell us a bit about your current portfolio?

It’s extremely varied so it includes everything from B2B SAAS, through to video-gaming, online and offline publishing. Within that, we have a huge range of tech companies such as Artificial Intelligence, Fintech and even property tech.

Which portfolio companies are you really excited about right now and why?

It’s always difficult for early stage portfolios to pick which companies are doing well. Some can be doing phenomenally well and then can hit a brick wall, and some can suddenly spring from nowhere, really fly and produce great returns.

I’d highlight two in the portfolio that we’re excited by and have achieved some really significant milestones.

The first, because it has received government accreditation, is called Funding Options, which allows businesses to compare different asset-based lending options. It’s part of a referral scheme set up by the Treasury. So, as of November 2016, if a business applies to a bank for lending and the bank turns that business down, they are required to push them toward one of three platforms to assess their options. One of those platforms is Funding Options, which means that there is a huge volume of businesses that are turned down by the mainstream banks and that are being filtered into one of our portfolio companies. It’s great from our side.

The second one I’d highlight because I think it’s a great concept. This company is Property Moose, and it is a crowdfunding platform for buy-to-let properties. It opens up buy-to-let to the £10 investor and you can become a buy-to-let landlord, owning a small part of buy-to-let property for £10 instead of say £50K. It’s a great way of democratising that market. They passed £10M invested in the platform earlier in the year and they have just raised another funding round on the back of our involvement. They’ve got big plans for the future and we’re very excited.

You’ve just set up a sister company called AXM Advisory Services (AXMAS) can you tell us a bit about that?

AXMAS really leverages a lot of the work that we do with our portfolio, including helping these 30 active companies to raise follow-on funding and assisting them when they are approaching an exit. As a fund, we can’t currently support these rounds so we’ve built up a network of high net worth individuals, early stage/ Series A VC funds, family offices, private equity houses and venture debt providers to assist them with that.

We’re looking to do a similar thing with companies outside the portfolio on an advisory basis. This would include tech companies looking to raise between £500K and £5M with an equity component, from one of these sources. We are currently helping four companies raise money. We also have significant expertise around structuring exits typically in the £1M – £10M range to either trade buyers or financial institutions.

What is your long term vision for AXMAS?

It would be really carving out a niche in the tech advisory space. Manchester is certainly starting to develop as a city we’re seeing an increasing number of bigger series A and series B rounds in the area. Three to pick up on off the top of my head are MPP Global in Warrington raising £12M in a recent round, Push Doctor who just raised  £26M, another big announcement from VST Enterprises who have raised £11M. Manchester is really maturing as an ecosystem and we would love to carve out a niche across the north. We’ll always be primarily based in Manchester helping those companies to grow and raise significant follow-on rounds, hopefully making one the unicorn that Manchester really needs to put it on the map.

What is your favourite thing about Manchester?

I’m from Manchester and I am immensely fond of the city. It’s a city which is big enough for exciting things to happen and to really develop a large ecosystem of great tech companies. Equally, it’s small enough that actually it’s very possible to connect the city and have a small and relatively personal atmosphere in the tech sector, which I think will be difficult as you grow and expand. It’s a very friendly and welcoming place and a city where when you ask for favours people are very happy to help without always a view to where their return will come from, which is very positive when trying to build a tech ecosystem.